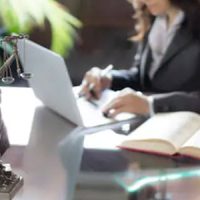 In January, the Texas Supreme Court agreed to hear an important insurance defense case concerning whether or not an exception to the state rule governing insurers’ duty to defend policyholders as a matter of law existed in a case whereby the insured fraudulently informed all of the relevant parties that she was the one was driving during a car accident so that the accident would be covered. Specifically, the spouse (Guevara) of the driver responsible for the car accident (Flores) was covered by Loya Insurance Co, but there was a driver exclusion for Flores. Although Guevara initially fraudulently represented herself as driving at the time of the accident, the truth eventually came out in depositions and, as a result, Loya denied coverage for the loss suffered by the driver of the other car (Hurtado). The Hurtados filed suit against Loya, alleging violations of the Texas Deceptive Trade Practices Act, breach of contract, breach of its duty to engage in good faith and fair dealing, and negligence.

Hurtado’s argument was that Loya had a duty to defend Guevara and breached this duty. Loya counterclaimed, asserting breach of contract and fraud, and seeking summary judgment on the grounds that it did not have a duty to cover or defend Guevara because, under the policy, the driver that was driving at the time of the accident (Flores) was an excluded driver. The District Court ruled in favor of Loya Insurance Company, finding that the appellants’ action was moot and unsupported by evidence.

However, the Fourth Court of Appeals reversed its decision, finding that Loya had a duty to defend the appellants under what is known as the eight-corners rule, which dictates that an insurance company’s duty to defend is based on the company’s policy and the allegations in the petition. In other words, because the Hurtados alleged that Guevara was negligently operating her car and she was covered, Loya had a duty to defend her in the negligence lawsuit that they brought; even if Guevara breached the insurance policy by falsely representing to Loya and the police that she was driving the car at the time of the accident instead of Flores.

In applying the eight-corners rule, the courts resolve all doubts regarding the duty to defend in favor of the existence of a duty and construe the allegations in favor of the insured, even if those allegations are false, fraudulent, and groundless. Facts that are obtained before or during litigation are immaterial to the duty to defend. While the Fifth Circuit has recognized that the Texas Supreme Court could recognize an exception to the eight corners rule, whereby extrinsic evidence could be used where relevant to a discrete coverage issue but not concerning the merits of the underlying claim, if this evidence contradicts the allegation in a petition, then it cannot be considered in determining an insurance company’s duty to defend. As a result, according to the Fourth Court of Appeals, given that the Hurtados named Guevara in their negligence suit, the fact that Guevara admitted that Flores was driving the car later in her deposition was irrelevant because it was extrinsic evidence that does not strictly go to the question of coverage and, under the eight-corners rule, it was the duty of Loya to defend Guevara against the allegations.

Insurance companies have the right to deny illegitimate claims like these. This case has important implications for insurance disputes in Texas as, if policyholders can engage in fraudulent, deceptive activities in an effort to have their insurance company cover their loved ones’ accidents, this places insurance companies at risk of frequently paying out enormous awards.

The Brownsville insurance defense attorneys of Colvin, Saenz, Rodriguez & Kennamer, L.L.P. have successfully defended major insurance companies against a number of claims. Contact our office today to find out more about our services.