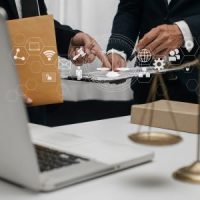 The so-called 8-Corners Rule is an important aspect of insurance defense in Texas. If you’re running an insurance company and you’re faced with the possibility of defending a policyholder from a legal action, you probably know about this rule. It is closely tied with an insurance company’s “duty to defend,” and it makes sense to learn more about this rule if you want to approach insurance defense in the most efficient manner possible. It also makes sense to stay up-to-date with the latest developments in the Texas legal system, as the 8-Corners Rule has been the subject of considerable debate in the courts.

Of course, you can also rely on a qualified, experienced team of insurance defense attorneys to handle these details for you. Enlisting the help of Texas-based insurance defense lawyers is always a smart move if you’re approaching this situation in the Lone Star State, as local lawyers have a stronger grasp on state regulations and laws. If you’d like to discuss the 8-Corners Rule and recent changes to this law, you might want to book a consultation with an insurance defense attorney near you and discuss your unique needs and concerns.

What is the 8-Corners Rule?

The 8-Corners Rule states that an insurer’s duty to defend must be assessed based only on the claims asserted in the plaintiff’s complaint and the policy itself. This rule gets its name from the four corners of the policy plus the four corners of the plaintiff’s complaint. These “eight corners” are the only factors that can be considered in determining an insurer’s duty to defend.

Exceptions to the 8-Corners Rule

Despite the fact that the 8-Corners Rule has been in place since 1965, courts in Texas continue to struggle with its limitations and often allow for the consideration of factors outside of the eight corners. These factors are known as “extrinsic evidence.” Often, plaintiffs who try to present extrinsic evidence are rejected. In other cases, extrinsic evidence is accepted, particularly when there is evidence that the insured and third parties fraudulently colluded to secure coverage.

For help from a skilled Brownsville insurance defense lawyer, reach out to the team at Colvin, Saenz, Rodriguez & Kennamer, L.L.P. Over the years, we have helped numerous organizations with matters related to insurance defense. Book your consultation today, and we can help you approach this often-difficult situation with confidence and efficiency.

By Colvin, Saenz, Rodriguez & Kennamer L.L.P. | Posted on March 25, 2022
« Johnson & Johnson Pulls Off The Texas Two-Step
Companies In Texas Can Be Sued For Spreading Bacteria »