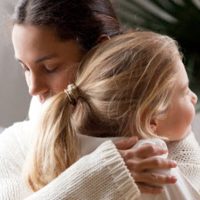 As family law litigators who practice here in Texas, one of the most difficult topics we come across in some of our cases involves allegations of child sexual abuse in custody battles. These issues inevitably cause a significant amount of pain and concerns for families who have to deal with them, regardless of the specific circumstances involved.

The issue of reporting sexual abuse of a child during custody battles has led to a significant amount of worry from some mothers in particular due to one study which concluded that, when mothers allege child abuse by fathers, they often lose custody; presumably because the courts do not believe them. However, there are a number of problems associated with this study; most notably that its authors only took into account published (or reported) appellate-level family law decisions, while most custody proceedings are the exact opposite (i.e. not decided at the appellate level and unpublished). As a result, many in the field have debunked the study, and practitioners have been quick to point out that, in reality, while custody proceedings are always highly subjective, a mother who puts forth a good-faith basis for her belief that there are credible concerns surrounding sexual abuse of the child by the father, even if these allegations end up being unfounded, will not result in the court automatically awarding custody to the father, but will rather be received by the court as a mother acting reasonably based on what was necessary to protect the best interest of her child at the time of the allegations. In addition, it is important to note that Texas, like other states, makes it mandatory to report any suspected child abuse.

Below, we discuss how the courts proceed without the presence of physical evidence of abuse, as well as how they weigh credible evidence and false accusations of abuse:

If There Is No Physical Evidence

Once child sex abuse allegations are made, an investigation is launched, often by the Department of Family and Protective Services, which can also involve the police and forensic psychology experts. If there is no physical evidence or testimony at the conclusion of the investigation, the charges may be deemed to be “unfounded,” although this is not an automatic declaration of innocence, but rather simply a statement that there was insufficient evidence to support the particular complaint made.

Without the presence of physical evidence, the court takes several considerations into account in its assessment, including but not limited to the relationships between the parties, any potential coaching of the child, and, perhaps most importantly, the assessments provided by any experts assigned to interview the child.

Texas Law: If There Is Credible Evidence of Sexual Abuse of the Child, The Court Cannot Appoint Joint Custody or Unsupervised Visitation

Texas law dictates that, in determining whether to appoint a party (i.e. parent) as joint or sole “managing conservator” (Texas family laws use the term “conservatorship” rather than “custody,” where the phrase “managing conservatorship” refers to legal custody and “possession” refers to physical custody), the court may not appoint joint managing conservators if credible evidence is presented of a history or pattern of past or present child sexual abuse by one parent. In other words, it is assumed that it is not in the best interest of the child to appoint a parent as a conservator or as someone who determines the child’s residence if credible evidence of a history or pattern exists of sexual abuse by that parent.

The court also considers the commission of sexual abuse in determining whether to deny, limit, or restrict the possession of a child by a parent who is appointed as a possessory conservator and dictates that it is assumed it is not in the best interest of the child for a parent to have unsupervised visitation with the child if there is credible evidence of abuse by that parent or anyone who resides in their household or who is allowed by the parent to have unsupervised access to the child. In deciding whether or not there is credible evidence of a history or pattern of past or present abuse, the court looks at whether there has been a protective order entered against the parent or anyone else during the two years before the suit was filed or during its pendency.

Texas law states that if a party to a pending suit affecting the parent-child relationship makes a report alleging child abuse by another party and knows that it “lacks a factual foundation,” the court deems it to be a knowingly false report, which is admissible in the custody suit. As a result, allegations that blatantly lack credibility and are falsely made against another parent as a means of gaining custody and/or creating parental alienation between one parent and the child can be used in custody battles to argue that the accusing parent is effectively preventing the formation of a positive relationship with the child, and this can place the accusing parent’s custody in jeopardy.

If You Have Concerns About Child Abuse in A Custody Case, Contact Our Texas Family Law Attorneys

Regardless of the circumstances involved, these cases are difficult and painful. Anyone who has to confront the issue of child sex abuse in their custody proceedings needs to be prepared by their attorney so that they know what to expect in court, and how the courts will both gather and evaluate evidence in the case. At Colvin, Saenz, Rodriguez & Kennamer, L.L.P., our Brownsville family attorneys fight aggressively for what is in the best interests of the child. Contact our office today to find out more about our dedicated family law services.