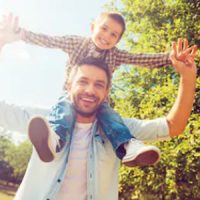 As attorneys who assist clients with family law issues here in Texas, we frequently assist clients with child custody, which is one of the most difficult issues that we come across, especially when two parents live in different states. This comes up more frequently than you might expect, especially as more and more people often have to move out of state for work and other reasons.

Texas, like many other states, adopted the Uniform Child Custody and Jurisdiction and Enforcement Act to promote uniformity in child custody determinations and help ensure that decisions are made based on what is in the best interest of the child in the state that can best make those decisions. The law is relevant when it comes to ensuring that different states do not enter into conflicting custody orders for children.

In spite of the adoption of the Act, conflict over which state – and therefore court – still arises. Where jurisdiction issues in particular can arise is when a child is born in one state but one parent moves to a different state and the child then splits time between those two states, with one or both parents eventually finding that the arrangement is too difficult, or does not allow one parent enough time with the child. Or perhaps one parent simply decides to file for custody in their state when they file for divorce or move; and a legal battle ensues over which state is considered the child’s “home” state under the law, and therefore where custody can be determined. Additional challenges can also arise if custody has already been determined and one parent decides to challenge that decision and the jurisdiction of the court that originally made the decision due to allegedly never having jurisdiction in the first place.

In fact, these specific issues have been litigated here in Texas, where parents have decided to challenge final child custody determinations using the argument that Texas courts never had jurisdiction in the first place to address child custody because Texas was not the child’s home state and, as a result, any judgment that the court rendered is void, even if the parent bringing the challenge was the one who chose to file suit in Texas and voluntarily relinquished their parental rights to the child.

The law dictates that the child’s home state maintains exclusive and continuing jurisdiction in child custody litigation, defining “home state” as the state in which the child lived with a parent at least six consecutive months before commencement of the custody proceedings, or for children who are less than six months of age, the state that they lived in from birth, including any temporary absence of a parent. It also allows for the state to exercise jurisdiction even if the child has not lived in any state for at least six months if the state has “significant connections” with the child and at least one parent and there is “substantial evidence” concerning the child’s relationships, care, training, and protection there.

Contact Our Texas Family Law Attorneys If You Have Questions

If you have any questions about child custody or any other family law issue here in Texas, contact Brownsville family attorney Allison W. Colvin, who practices extensively throughout the Rio Grande Valley and surrounding areas today to find out how we can be of assistance.

By Colvin, Saenz, Rodriguez & Kennamer L.L.P. | Posted on July 17, 2020
« Texas Federal Court Rules Against Amazon, Finding That It Can Be Sued for Third Parties’ Defective Products Sold On Website
Addressing Dissipation of Marital Assets in Divorce »