Fifth Circuit Reverses Important Insurance Defense Decision, Opening The Door to Insurers Having Duty to Defend Based On Fraudulent Petitions 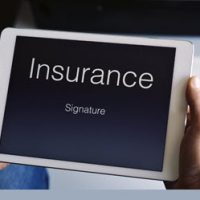 After ruling on a different issue in the same case almost one year ago, in late July, the Fifth Circuit Court of Appeals made a very important insurance coverage decision by ruling in favor of appellants and reversing the United States District Court for the Northern District of Texas’ decision in favor of the insurer, State Farm. Specifically, the Court found that Texas law required State Farm to defend the insured in a negligence case brought against them, in spite of the given policy exclusions.

Below, we discuss the details of the case and decision, which could very well open the door to those seeking coverage to purposely continue to amend their complaint until it contains allegations that fit within the “four corners” of the policy.

The case involved a child who died while riding an ATV at his grandparents’ house (the insureds), and whose mother then sued the grandparents. The child’s grandparents then asked State Farm to defend and indemnify them in the lawsuit under their homeowner’s insurance policy, which required State Farm to provide a defense against a lawsuit brought against the insured for damages caused by an accident that results in bodily injury. State Farm argued that it had no duty to defend or indemnify for two reasons:

State Farm won at the District Court level after the court concluded that the allegations were groundless due to the exceptions in the policy. The District Court also ruled that, in spite of the eight corners rule, (which dictates that the only two documents relevant to a duty-to-defend inquiry are the petition and the policy), extrinsic evidence (regarding where the accident occurred and where the child lived) had to be admissible in order to make this determination. In other words, the court found that the eight corners rule does not apply if a policy does not include language requiring the insurer to defend all actions brought against the insurer, including those that could be false, fraudulent, or groundless.

However, the Fifth Circuit disagreed, indicating that, according to the Supreme Court of Texas, the policy language exception to the eight corners rule is impermissible under Texas law, therefore, if the underlying pleading alleges facts that may fall within the scope of coverage, the insurer has an automatic duty to defend (even if, as in this case, the pleading did not allege these facts until the third amended complaint). The court discusses the fact that the third amended complaint alleges facts that possibly implicate coverage under the policy because they indicate that the ATV was ridden on the insured’s property and the child resided with a different grandparent and his mother. The court also pointed out that the Texas Supreme Court has also instructed the courts to resolve any doubt concerning the duty to defend in favor of the duty.

If You Are an Insurer Concerned About Groundless and/or Potentially Fraudulent Claims, Contact Our Experienced Texas Insurance Defense Lawyers

In part due to the eight corners rule, insurance companies are limited in what evidence they can present in court, and require especially effective and experienced defense representation in order to ensure that they are not left defending groundless claims, which some argue constitute fraud if evidence exists refuting them. Contact our Brownsville insurance coverage attorneys at Colvin, Saenz, Rodriguez & Kennamer, L.L.P. today to find out more.