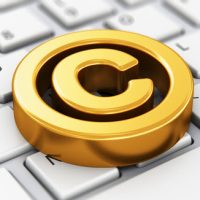 On April 29, the U.S. Supreme Court asked the Trump Administration to provide its views on whether it should hear an important copyright lawsuit which could very broadly define the level of copyright protection for software in the industry. The case involves Google’s appeal to Oracle Corp’s copyright infringement lawsuit involving their Android operating system. The justices are now considering whether to take up the appeal of the lower court ruling, which revived the lawsuit involving Oracle seeking approximately $9 billion in damages.

The case involves a complex interface of computer code and copyright law: While Oracle originally made its programming language freely available to developers, it licensed its implementation on a number of platforms, including mobile devices. Google reportedly developed its Android operating system based on the programming language, which led to Oracle becoming concerned that the system was a competing product, and filed suit.

While a jury cleared Google in 2016, the US Court of Appeals for the Federal Circuit overturned this decision in 2018, finding that Google illegally used Oracle’s software code in their Android product, which violated US copyright law. In doing so, Oracle accuses Google of harming its business by copying computer code without a license in order to make the Android product. Google has responded that a win for Oracle would completely chill software innovation.

Thus far, Google has lost twice at the Federal Circuit level after the court reversed a federal judge’s ruling that Oracle’s interface could not be copyrighted because, so long as the specific code used to implement a particular method is unique, the Copyright Act allows anyone to write their own code to carry out the same function of methods used. Google argues that its use of the programming interface is permitted under the fair use doctrine of the 1976 Copyright Act because it was adopted to a mobile platform and transformed into something new.

The outcome of the case will be of significant importance to the software and tech industries, as many software programs are developed by recreating what’s already been done in terms of existing commercial products to help developers ensure that different systems also share some interoperability (for example, one set of code that can be run on any computing platform that supports that virtual machine).