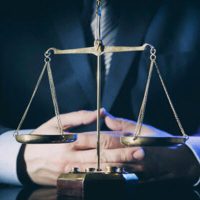 The use of public nuisance as a cause of action against large companies such as Johnson & Johnson is becoming increasingly popular. The company was recently held responsible for one state (Oklahoma)’s opioid epidemic through the use of its marketing practices, and ordered to pay the state almost $600 million in damages as a result.

While the history of using public nuisance in the torts context was, historically, largely confined to a particular use of land that resulted in obnoxious behavior or conditions, some states are now advancing unconventional legal arguments in court to argue that any activities that companies engage in which affects the rights of the public generally, or poses any danger to a group of people, falls within the doctrine, and companies should pay significant damages as a result.

In Johnson & Johnson’s case, the Court noted that a number of activities that the company engaged in creating a public nuisance over time, including:

How Is This Proximate Cause?

The use of the public nuisance doctrine is being used to advance claims involving a number of toxic torts and, in a number of these cases, the argument is being used to argue that substantial participation is enough to constitute a threat to the public as opposed to a defendant actually causing a particular injury, which is concerning. While some courts have rejected the argument, others have found that it is enough if a defendant simply played some role in creating a public nuisance. In effect, this leaves a jury to establish public policy for the state in place of its legislature.

There are currently thousands of opioid lawsuits pending in courts across the country, and the recent verdict in Oklahoma has set a precedent that will most likely ignite a fire for companies everywhere who are simply trying to sell the products that they make.

If You Are Facing Any Toxic Tort Allegations, Contact Our Texas Toxic Tort Defense Attorneys

The Brownsville toxic tort defense attorneys of Colvin, Saenz, Rodriguez & Kennamer, L.L.P. have been representing businesses in these types of cases for more than 60 years. If your company is facing public nuisance allegations, contact us today to find out how we can help.