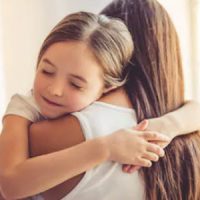 In December, the U.S. Supreme Court will hear a child custody case of extreme importance in international family law cases concerning the determination of a child’s “habitual residence,” which determines which country they will live in these types of cases.

Under The Hague Convention, a child who is illegally taken from their country of “habitual residence” (undefined) must be brought back for those courts to make custody determinations. The requirement is designed to prevent parents from forcibly taking a child out of one country and to another. The U.S. Supreme Court will address two issues related to determining habitual residence: On, what standard a federal appeals court should use in reviewing a district court’s opinion, and two, whether the courts should demand some form of agreement between the parents concerning where their child will reside in the case of an infant because a child who is two months of age is simply too young to acclimate to one particular country.

The mother of the child was born in the U.S., and the father in Italy. Although married in the U.S., the couple’s child was born in Italy, where the mother claims she was subject to domestic violence at the hands of her husband. After the baby was born, the mother brought the baby to the U.S. as soon as she was able to obtain a U.S. passport for the child, and the father, back in Italy, successfully filed a lawsuit to block the mother’s rights, as well as a lawsuit under The Hague Convention in the U.S. demanding that his child be brought back to Italy. The district court ruled that Italy was the child’s “habitual residence,” and ordered her return. The Sixth Circuit upheld the district court’s ruling.

The plaintiff, the child’s mother, now argues before the Court that the purpose of The Hague Convention’s rule is to provide the child with stability, forcing her child to live in Italy has resulted in an unstable life for her. She also argues that the U.S. Court of Appeals used the wrong standard in upholding the district court’s reasoning, and should instead employ a “de novo” review and make its own determination based on the facts instead of simply upholding the reasonability of the district court’s decision, because the convention fails to define “habitual residence” and because that is traditionally what the federal courts of appeals have done. In addition, she argues, deciding where a child’s habitual residence is is not like answering a factual question; instead, she argues, it must be determined in such a way as to uphold the goals of the convention. She also argues that a rule requiring an actual agreement between the parents is not only crucial to protect children born into domestic violence, but necessary in cases that involve infants, where there is no tell whether the infant’s presence in a country was sufficient so as to be “habitual.”

The outcome of the Court’s decision could have significant repercussions for those who claim they are fleeing domestic violence in their partner’s country with their child, especially for very young children who have not yet formed an attachment to a particular residence.

Child custody cases are of extreme importance and can determine the health and well-being of a child. At Colvin, Saenz, Rodriguez & Kennamer, L.L.P. we fight for a fair custody determination that is in the best interests of the child. Contact our Brownsville family attorneys today to find out more about our family law services.

By Colvin, Saenz, Rodriguez & Kennamer L.L.P. | Posted on December 19, 2019
« The Public Nuisance Doctrine Is Costing Businesses Millions
Everything That Comes After the Divorce Is Finalized »