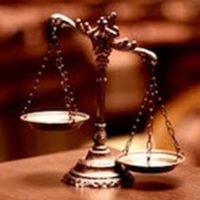 In late September, a toxic tort lawsuit was filed against the City of Corpus Christi, Texas for violations of the Clean Water Act and Texas Water Code in connection with alleged illegal discharges of pollutants in the form of untreated sewage into federal and state waters. According to the complaint, the city has been discharging high levels of bacteria in recreational waters at or near beaches in and around the city, as well as onto private and public property within the city due to a failure to fully treat the wastewaters at its treatment plants and poor operation and maintenance of collection systems.

Defending lawsuits like these – regardless of who they are filed against – requires a strong background in environmental law due to the complex scientific issues often involved and the need to fully understand these issues in order to properly defend a client and secure a favorable outcome for them. The cost to businesses and other defendants can be tremendous, but strong defense representation can mitigate that.

The Clean Water Act is one of our nation’s oldest environmental laws, and requires that any pollutant discharged into navigable waters by a “person” (which includes companies and governments) meet the requirements of a national pollutant discharge elimination system permit that is issued under the law. Anyone who violates permit conditions or limitations is liable for civil penalties, which can amount to up to $54,844 per day for each violation that takes place after November 2, 2015.

Texas has its own water code that address discharging pollutants, sewage, etc. into what it defines as a “water in the state,” which includes bays, creeks, estuaries, groundwater, and essentially “all bodies of surface water,” regardless of whether they are navigable, significantly expanding the coverage of these rules and restrictions. As a result, the state of Texas issues its own permits authorizing the discharge of pollutants or waste into water in the state. Texas’ penalties for violating a permit, law, or order is a civil penalty between $50 and $25,000 per day for each violation, based upon what the court or jury assesses, and each day is considered to be a separate violation.

According to the complaint, Corpus Christi’s permits prohibited the discharge of wastewater into or adjacent to water in the state from any location other than the outfalls of its wastewater treatment plants, and only if they complied with the conditions and limitations set forth in the permits, which not only limited the average annual flow of effluent from each outfall, but also the concentration and mass of certain pollutants in the effluent. These permits also required that the city ensured that the facilities were properly operated and maintained at all times.

However, according to the complaint, a failure to properly operate and maintain the city’s publicly owned treatment works allowed for untreated sewage to be released at locations other than the outfalls (known as “sanitary sewer overflows) on thousands of occasions, and as a result, Corpus Christi is now facing blame for exposing people to harmful bacteria capable of causing such illnesses as cholera, dysentery, and gastroenteritis.

Penalties & Associated Costs Can Reach in The Hundreds of Millions

In cases like these, depending upon the circumstances, violations, and representation, the entity responsible will typically pay a significant penalty fine (which in this case is $1.1 million), as well as enter into a consent decree with the federal government, mandating that certain improvements and repairs to the city’s wastewater treatment system be made over the course of a number of years, at a hefty cost (an estimated $725 million in this case over the course of 15 years). If the entity then violates the consent decree, the lawsuit provides for automatic penalties.

If You Are Facing Toxic Tort Claims, Work with The Best in Texas Toxic Tort Defense

Not only can penalties and other costs become onerous to local governments, but even more so to businesses and their insurance companies when lawsuits like these are filed against them. If your company is facing a toxic tort claim it is essential that you seek the assistance of attorneys who have specific experience defending clients in this area. The Brownsville toxic tort defense attorneys of Colvin, Saenz, Rodriguez & Kennamer, L.L.P. have been representing businesses in these cases for more than 60 years. We are committed to our Texas clients. Contact us today to find out more.