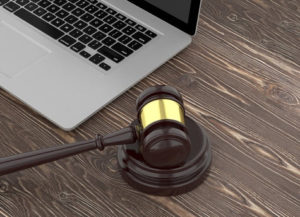 The Texas legislature adopted a somewhat ambiguous statute in 2003 dealing with the types of medical expenses that are recoverable by a claimant via a civil lawsuit. Fortunately, the Texas Supreme Court stepped in and provided some clarity that may be beneficial for insurance companies when assessing liability exposure in personal injury lawsuits.

The statute at issue is Texas Civil Practice & Remedies Code Section 41.0105. It states:

In addition to any other limitation under law, recovery of medical or health care expenses incurred is limited to the amount actually paid or incurred by or on behalf of the claimant.

Texas courts and attorneys have spent years trying to discern what that language actually means. Lawyers representing plaintiffs argue that “paid or incurred” means that any amount billed by a doctor, hospital, or other medical provider is an incurred expense that can be considered a recoverable economic damage in a lawsuit. Conversely, defense lawyers advocate for interpreting the “paid or incurred” language as only covering the amount actually due to a doctor, hospital, etc.

The differing interpretations are important and can dramatically alter the exposure of an insurance company depending on what medical expenses are deemed to be paid or incurred by a court. This is because, in many instances, the amount billed by a medical provider is not actually what is paid to a medical provider. For example, a medical provider may submit a $5,000 bill for x-rays to a patient’s health insurance company, but the health insurance company may only agree to pay $2,500 for the x-rays. If that patient subsequently files a personal injury claim because their alleged harm was caused by an allegedly negligent defendant, what bill should be submitted to a jury – the $5,000 bill or the amount that was actually paid ($2,500)? This is the question at the heart of Haygood v. Escabedo, 356 S.W.3d 390, 392 (Tex. 2011).

Background on the Case

A lawsuit was filed by the plaintiff, Haygood, claiming injuries sustained in an auto accident. Counsel for the plaintiff claimed medical bills totaling over $110,000. However, the plaintiff was covered by Medicare meaning a large portion of those bills were reduced to the point that only around $14,482.02 was still owed by the time a jury trial commenced. Plaintiff’s counsel moved to exclude evidence of any amounts other than those billed by health care providers. This resulted in a dramatic difference of potentially recoverable medical expenses (i.e. $110,000 versus $14,000). The trial court sided with the plaintiff and allowed the larger medical expenses to be admitted into evidence. An appeal was filed after a jury awarded over $110,000 in damages to Haygood.

Texas Court of Appeals and Supreme Court Correct a Wrong

The Court of Appeals reversed the large jury award holding that section 41.0105 precluded recovery of medical expenses that were neither paid by the claimant nor paid by anyone acting on his behalf. The Texas Supreme Court weighed in by affirming the Court of Appeals and declaring that claimants are limited in recovering medical expenses that “have been or must be paid by or for the claimant.”

The Texas Supreme Court’s decision is beneficial for defendants sued by allegedly injured parties claiming hundreds of thousands of dollars in medical bills (when in reality, only a portion of those bills were actually paid).

Defending Insurance Companies In Cases Involving A Variety Of Claims

You need aggressive representation to ensure that section 41.0105 is interpreted correctly in court. The Brownsville insurance defense attorneys at the law firm of Colvin, Saenz, Rodriguez & Kennamer, L.L.P. know the law and develop compelling arguments to support the insurance company’s position in the matter. Our only concern in these cases is to secure a resolution that most benefits our client.