Admissibility of Other Similar Incidents in Civil Litigation in Texas 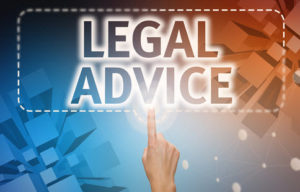 If your company or your insured is being sued for  manufacturing or designing a defective product that allegedly caused harm, you may have to defend not just the alleged harms of the plaintiff, but the alleged harms of other consumers as well. This is because plaintiff lawyers often seek to admit evidence of “other similar incidents” to buttress their product liability claim. Such evidence can result in a conflation between the alleged harm in the plaintiff’s case and whether the product at issue in a particular instance was misused, contained proper warnings or had been materially altered in some way.

The rationale employed by Texas courts for admitting evidence of other similar incidents in product liability cases is that such evidence could be relevant in showing (i) the existence of a particular physical condition or defect in the product, (ii) that the alleged defect or dangerous situation could reasonably cause the plaintiff’s alleged harm, (iii) that the defendant created the risk, and (iv) that the defendant had notice of the alleged defect or danger.

Your defense lawyers need to aggressively challenge any discovery requests seeking documents or production of a company witness to testify on topics pertaining to alleged similar incidents.  There is often not a corporate representative witness who can testify about the specifics of the alleged other similar incidents without reviewing materials equally available to plaintiff’s counsel.  Your counsel should object to the production of documents and often production of a witness to talk about other incidents as they are actually very rarely “similar” to the subject incident.

Challenging the Admissibility of Other Similar Incident Evidence

Even if other similar incident evidence is propounded in discovery, you can challenge its admissibility at trial. The standard for getting such evidence admitted at trial is fairly high. A judge will examine the alleged other similar incident and determine whether it meets a three-factor test established in Texas Rule of Evidence 403:

Your product liability defense lawyers should develop persuasive arguments showing how the alleged other similar incidents are actually quite dissimilar from the plaintiff’s alleged harm and therefore inadmissible.

In addition to fighting any requests for other similar incident evidence, you should be proactive by compiling evidence showing the lack of similar incidents by the product at issue in the case. Your defense counsel should be ready and able to lay the foundation for the admission of such evidence to enhance your defense.

When manufacturers are facing product liability claims in South Texas, having qualified defense representation is essential. The law firm of Colvin, Chaney, Saenz & Rodriguez, L.L.P., is comprised of Brownsville product liability defense attorneys who provide skillful, aggressive representation on behalf of product manufacturers facing any type of liability claim. We understand what is at stake for your company’s reputation and bottom line in these cases.