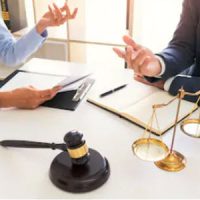 In late March, the Texas Supreme Court affirmed a longstanding industry rule, known as the “eight-corners rule,” in an insurance defense case, Richards v. State Farm Lloyds. The rule prohibits the consideration of evidence considered to be extrinsic to the insurance policy and pleadings in a case in determining an insurer’s duty to defend. While the Texas Supreme Court has historically refused to consider an exception to the rule, some appellate and federal courts in Texas have provided for a limited exception when the petition in a lawsuit does not allege facts sufficient to determine whether there is coverage; only so long as the evidence does not contradict any of the facts.

The case involved a 10-year old child who, while under the supervision of his grandparents, was killed while riding an ATV. The child’s mother filed a lawsuit against the grandparents, who then demanded that their homeowner’s insurance, State Farm Lloyds, defend against the lawsuit. However, State Farm Lloyds argued that a policy exclusion applied, and submitted what was considered to be extrinsic evidence with its motion for summary judgment to support its argument that the accident occurred off of the insured residents’ property and therefore the company did not have a duty to defend.

The United States District Court for the Northern District of Texas granted State Farm’s motion, holding that the eight-corners rule was not applicable because there was no policy language requiring the insurer to defend any lawsuit, even if the allegations are false. Instead, the policy provided that a duty to defend only arose if a lawsuit to which coverage applies is brought. However, on appeal, the Fifth Circuit noted the Texas Supreme Court’s strong resistance to exceptions to the eight-corners rule. and concluded that there is no case law concerning whether there is (specifically) a policy language exception to the eight-corners rule.

This decision reinforces the fact that an insurer’s duty to defend is determined solely based on the pleadings and the language of the insurance policy unless parties contract otherwise.

Contact Our Texas Insurance Defense Attorneys If You Have Any Questions

If one of your insureds is facing a liability lawsuit, the Brownsville insurance defense attorneys of Colvin, Saenz, Rodriguez & Kennamer, L.L.P. have the experience that you need. Our lawyers have defended a number of major insurance companies against a range of claims. Contact us today to find out more.

By Colvin, Saenz, Rodriguez & Kennamer L.L.P. | Posted on May 29, 2020
« Divorce Requests Surge During the Coronavirus: What You Can Do During This Time
Supreme Court Holds Broad View of Direct Discharges Under Clean Water Act: What This Means for Toxic Tort Cases »