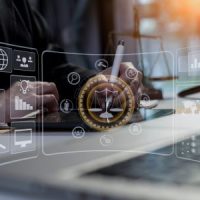 If you live in West Texas, you probably experienced quite a wake-up call when extreme weather suddenly robbed you of access to electricity. We often take for granted the fact that we can heat our homes, cook food, turn on the lights, and engage in various other essential activities with the help of electricity. When we lose access to power, we suddenly find ourselves hurled back in time to a much less civilized and comfortable age.

People are starting to ask questions about Texas’ energy grid, and these questions are understandable. Average citizens are outraged at the fact that this state could fail to provide them with electricity in such a spectacular manner. Some companies are even being sued. But are these lawsuits justified? What are the chances that these energy companies will see any real consequences for their actions? What kinds of defenses can these corporations use?

When assessing the viability of lawsuits against corporations, it’s best to ask the professionals. At Colvin, Saenz, Rodriguez & Kennamer, L.L.P., we have been defending corporations like ERCOT for years against all kinds of different lawsuits. We understand when corporations may be negligent, and when they can fight the accusations laid against them.

According to numerous reports, ERCOT is now facing lawsuits as a result of the deadly winter storm that swept across Texas in February. The state’s power operator came under fire after 4 million of its customers lost access to electricity when they needed it most during the storm. Also known as the Electric Reliability Council of Texas, this corporation faced further uncertainty when many of its employees chose to resign in the face of this controversy.

The claims laid against the company are quite clear. Those filing the class-action lawsuit are accusing ERCOT of gross negligence, and they claim that the corporation was warned numerous times that cold weather could lead to a complete collapse of its electrical network. Plaintiffs include many individuals who suffered emotional and physical trauma due to the lack of electricity. We also assume that the estates of many deceased individuals are involved in this lawsuit. The suit claims that over 70 people died as a direct result of ERCOT’s gross negligence.

Could They Have Planned For This?

When determining whether or not ERCOT is actually liable for the damages sustained by its customers, the question is quite simple: Could they have realistically planned for this type of event? A storm of this magnitude is quite rare in Texas, and the defense might argue that it is “unreasonable” for a corporation to expect something like this to happen. If a “reasonable” company can’t be expected to plan for this type of event, then they cannot be held liable.

However, the class-action lawsuit alleges that ERCOT was warned of the impending danger as early as February 9th. This was five days before the storm hit. The question then becomes: Was that enough time for ERCOT to realistically protect its electrical grid from the freezing temperatures? What actions could they have taken? The defense might argue that they could not have mobilized and protected their grid with such a late warning.

The defense essentially hinges on the assertion that winter storms in Texas are too rare to plan for. With that said, it’s worth noting that the class-action lawsuit refers to two winter storms in 1989 and 2011. They claim that these were similar in magnitude to the events of 2021, and therefore ERCOT should have planned for more storms as a result.

In the end, the situation is not looking good for ERCOT. They face numerous lawsuits, and one family alone is suing the corporation for $100 million after losing their 11-year-old son to the storm.

Enlist the Help of an Experienced Law Firm

If your corporate interests are being threatened by an unjustified lawsuit, reach out to the Brownsville insurance defense attorneys at Colvin, Saenz, Rodriguez & Kennamer, L.L.P. at your earliest convenience. We have a wealth of experience defending corporations against a variety of lawsuits, including those related to product liability. With the help of a dependable legal team, you can get back to business as soon as possible.