How To Defend Against A Sexual Harassment Lawsuit In Texas 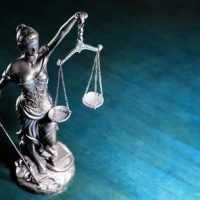 Sexual harassment lawsuits are simply rampant these days. Companies are seemingly being sued left right and center for various degrees of misconduct, and this can prove to be a genuine problem for those who are just trying to please their shareholders. Not only can a sexual harassment lawsuit result in excessive fines and multi-million-dollar settlements paid out to alleged victims, but it can also damage a company’s reputation. Often, it is the latter consequence that deals the harshest blow to companies in Texas.

Fortunately, you can defend your corporation against sexual harassment lawsuits with help from a qualified, experienced legal team. Choose attorneys who understand the local laws and regulations, and you can give yourself a much better chance of a positive legal outcome. Sexual harassment lawsuits can be difficult to handle, but they don’t have to spell the end for your organization.

It’s also important to realize that a number of different entities can be sued for a single instance of sexual harassment. Not only can the alleged victim sue the company itself, but they can also sue virtually any single individual within the company. This might be a co-worker, a supervisor, or the CEO of the entire organization. Sexual harassment laws in Texas have gone through several important changes over the past few years, and alleged victims can now sue a wider range of people. They also have more time with which to file a lawsuit after the alleged harassment takes place.

There are many ways you might be able to defend against a sexual harassment lawsuit. If the incident is completely fabricated and never occurred, you should know that the burden of proof is on the victim. They need to prove that the harassment actually took place. In theory, this means that baseless claims will be dismissed in court, but that isn’t always the case. Some companies are resorting to extreme measures to protect themselves.

For example, hidden spy cameras have become popular for supervisors who are concerned that they might be accused of harassing employees behind closed doors, perhaps during a private meeting in their office. If an employee makes baseless accusations, they could potentially show the court the spy camera footage to clear their names. This is just one example of a potential strategy you can use to defend yourself in court.

If you’ve been searching for a team of qualified Brownsville commercial litigation attorneys, look no further than Colvin, Rodriguez, and Kennamer. We know how detrimental a sexual harassment lawsuit can be: both to your finances and your reputation. With our help, you can show that these claims are baseless. This can help you maintain trust among your consumers. Book your consultation today.