Bad Faith: Rules to Live By 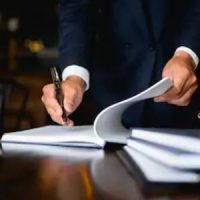 Some insurance carriers – notably even large ones – have come under scrutiny in recent years for their claims handling practices. And while this can seem like just another savvy ploy by creative trial lawyers looking for a quick buck, the truth is, it is easy to violate insurance regulations and have a judge find that the claims handling team acted in bad faith. Even the term itself, “bad faith”, carries a certain stigma. So, what’s the difference, and how can a litigation manager or claims handler ensure that they are not sued for bad faith?

How Does Texas Define Bad Faith?

In general, bad faith is defined as knowingly acting in a way to deprive policyholders of their contractual rights. In other words, it is now enough that an insurance company inadvertently breached a policy contract; there must be a level of willfulness and intent behind the act. Sometimes defined as vexatious, it entails a desire to do harm.

There are roughly five ways that bad faith claims come about.

Most litigation managers would immediately utter, “well, I’m fine. I would never do that with claims.” However, it’s not that simple. Consider some history on bad faith claims.

In 2017, in a decision from USAA Tex. Lloyds Co. v. Menchaca, the Texas Supreme Court held that Chapter 541 of the Texas Revised Statutes, known as the Insurance Code, there are five specific rules that control how claims are handled involving contracts for insurance in Texas:

For instance, a policyholder may indeed be able to prove bad faith because an insurance company misrepresented the availability of funeral benefits under an auto policy, but this would not make the policyholder eligible for medical payments if they are not provided for under the policy.

2. Entitlement Rule – The Court held that a policyholder may indeed recover benefits that were lost due to the insurance company’s breach of contract or failure to act.

So, for instance, say a person lost the right to recover their underinsured motorist benefits due to a statute of limitations, he or she may still be able to recover it, if it is shown that the insurance company’s bad faith caused the problem.

3. Lost Benefits – A policyholder can potentially receive an award for “actual damages” if the insurance carrier violates the law and it causes the policyholder to lose their rights to a benefit.

This is distinguished from entitlement, because under this rule, not only can the individual collect the lost benefit, but he or she can also collect any true damages that were caused by losing that benefit.

4. Independent Injury – This rule applies when an insurance carrier commits a violation that, in turn, causes some other injury.

Consider what happens when a carrier commits a breach and it leads to a policyholder not getting paid for their home burning down. Say the policy provided for up to 90 days of alternative housing.  If, however, the insurance carrier unreasonably delays the claim and the family must, in turn, rent a hotel room for six months, and take out money from a retirement account and pay large penalties, then those extra injuries and financial losses may possibly be collected, even if the policy never provided for them in the first place.

5. No Recovery – Where the insurance policy does not offer a benefit, the insured cannot claim it even if the insurance company violated the law.

Getting Help with Bad Faith Claims in Texas

Our Brownsville insurance defense attorneys at Colvin, Saenz, Rodriguez & Kennamer, L.L.P. have long been fighting for our clients. If you are facing a bad faith claim, you need to contact the best team in the region to defend and pursue a low risk resolution. Call for more information or visit us on the Web today.