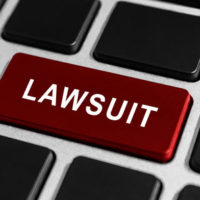 In some personal injury or death cases, the facts are so bad that one of the only viable strategies to employ by the defense is to point to the proverbial “empty chair.” This is sometimes referred to as “the wrong party defense.” The strategy is fairly straightforward – agreeing that the plaintiff was harmed, but they filed suit against the wrong party.

If a Texas jury is on board with your theory, it may be enough to have them find in favor of the defense by opting not to award an outrageous sum to the plaintiff. Or, it may enable the jury to consider assigning some percentage of fault elsewhere which would thereby reduce the damage award.

This strategy has proven to be effective in redirecting jury anger. In a way, the defense is siding with the plaintiff (only to a certain extent) about their harms, but the argument is made against the empty chair in the courtroom for the party that should have been subjected to the suit.

But bear in mind, there are some cases where the wrong party defense may prove problematic. For example, this may happen if you are attempting to redirect the anger to an entity or individual that is immune from civil liability. An example can be found in the this case – In re New England Compounding Pharmacy, Inc., Prods. Liab. Litigation, 2017 WL 1458192 (D. Mass. April 24, 2017).

The case centered on compounded prescription drugs that were allegedly contaminated and wound up harming consumers. Some of the defendants who were roped into the lawsuit claimed that the Food & Drug Administration (FDA) was partially at-fault, along with a couple state entities.

The court held that the state entities referenced by the defense were not viable entities to share in comparative fault due to a public duty doctrine followed in the state. This doctrine protects public employees from civil lawsuits for injuries caused by the breach of a duty owed to the public at large. The only exception to this broad doctrine is (i) if the public employee acted maliciously, recklessly, or intentionally or (ii) a statute passed by state lawmakers created a cause of action that can be brought against an official or municipality for injuries harming a class of individuals and the plaintiff was part of that protected class.

Despite the loss of the state entities, the defense prevailed in alleging comparative fault against the FDA. The defendants alleged that the FDA had knowledge that the compounder who manufactured the drug had issues with sterility and potency, yet the federal agency failed to take any substantive action to correct these issues. There was only evidence of a warning letter issued by the FDA to the compounder, but no other substantive actions. The court found this argument to be persuasive and allowed the defense to pursue a comparative fault defense in the case.

As you can see, when you or your company is the subject of a civil lawsuit, you need experienced and knowledgeable defense counsel to raise all viable defenses in court. The law firm of Colvin, Chaney, Saenz & Rodriguez, L.L.P. in Brownsville, is ready and able to defend you and your company. We full understand and appreciate what is at stake for your company’s reputation and bottom line.