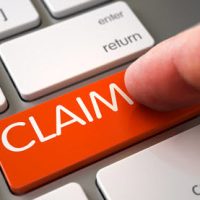 A number of plaintiff’s lawsuits against drug manufacturers allege that the plaintiff failed to receive an adequate warning about a prescription drug’s side effects. As a result, the plaintiff allegedly suffered harm and seeks monetary damages from the manufacturer claiming a breach of the duty to warn.

Defense counsel for the drug manufacturer can, and should, raise the learned intermediary defense. This doctrine allows a drug manufacturer to satisfy its duty to warn concerning risks associated with a product by providing an adequate warning to a “learned intermediary” (e.g., doctor or other health care provider) who then assumes the duty to convey the necessary warnings to the patient.

The rationale behind the learned intermediary doctrine is rooted in common sense. Courts have reasoned that the complex system of prescription drug distribution in the United States is structured to place the responsibility of distribution and use on professionals such as doctors and other medical specialists. You cannot walk into a Walgreens or CVS and purchase any prescription drug that you want. Patients are legally obligated to acquire a prescription medication through the advice and consent of a medical doctor. The same prohibition applies to medication sales online. A prescription is needed. In essence, a doctor stands between the drug and the patient. Therefore, the drug manufacturer need not warn the patient directly about the risks associated with its product.

In Centocor Inc. v. Hamilton, a patient developed complications after taking Remicade, a prescription drug designed to treat Crohn’s disease. The patient sued the manufacturer, Centocor Inc., for failing to warn her that this prescription drug carried the risk of causing a lupus-like syndrome, despite the fact that the Remicade package insert included a warning about “the development of a lupus-like syndrome.” A jury found Centocor Inc. liable for fraud, negligent misbranding, negligent marketing to plaintiff’s doctors, and other claims.

Centocor Inc. wisely appealed and the Texas Supreme Court ultimately ruled in its favor. The unanimous Texas Supreme Court held that “a prescription drug manufacturer fulfills its duty to warn end users of its product’s risks by providing adequate warnings to the intermediaries who prescribe the drug and, once fulfilled, it has no further duty to warn the end users directly.”

The court reasoned that the plaintiff failed to present any evidence that her physicians’ decision to prescribe Remicade was due to the allegedly inadequate warning, or that her physicians would have acted differently if a different warning was provided.

As you can see, a thorough understanding of prominent defense doctrines is needed to prevail against a plaintiff’s product liability claim. You need to have defense counsel who will fight and be ready to challenge a questionable jury verdict on appeal. The Brownsville product liability defense attorneys at Colvin, Saenz, Rodriguez & Kennamer, L.L.P. are ready to work for you.