Where to Draw the Line with Films, Folklore, and Copyright Infringement 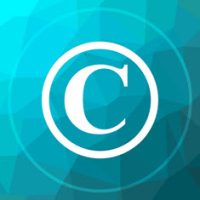 Some of the most widely covered copyright infringement lawsuits involve litigation filed against movie producers and film companies, accusing them of reproducing, distributing, performing, publicly displaying, or making copyrighted work into a derivative without first obtaining the permission of the copyright owner.

One such lawsuit was recently filed and dismissed in connection with the Oscar-winning film, “The Shape of Water.” Filed by the estate of playwright Paul Zindel, the suit alleged that the film’s director, Guillermo Del Toro, along with Fox Searchlight, 20th Century Fox, and others associated with the film, stole the story from the late Zindel’s 1969/1970 play “Let Me Hear You Whisper.” In late July, a U.S. district judge dismissed the suit “with prejudice,” meaning that the plaintiff cannot try to bring it back to court.

In order for a copyright infringement claim brought in this context to be successful, there must, at a minimum, be a “substantial similarity” between the film and the piece of work a plaintiff claims it is based on or has “stolen” its concept from. In other words, to even state a claim for copyright infringement, a plaintiff must establish that “the works at issue are substantially similar in their protected elements.”

Thus, in order to successfully defeat a claim that a film has committed copyright infringement against a similar piece of work such as a play, the company and any other associated defendants must successfully argue that its major characters, subplots, and themes bear little-to-no resemblance to the other piece of art (in this context, the play), and include those specific, differentiating details. That being said, even if a plaintiff can establish that a defendant did actually copy their work, it is not enough to impose liability because the Copyright Act does not forbid copying “concepts” or “ideas”; instead, the copying must be “unlawful” to constitute enough of the “plaintiff’s protected expression of those ideas or concept to render the two works substantially similar.”

General Themes Are Not Enough To Argue Copyright Infringement

In sum, in order for a defendant to prevail against a claim like this, a persuasive argument must be put forth that the works are entirely different, and any similarity between them derives from ideas, concepts, themes, stories, folklore, etc. that are “non-protectable,” and perhaps even the subject of numerous other films and pieces of art. As a matter of law, such alleges similarities in basic plot ideas or concepts cannot give rise to infringement claims, especially if the review of the works reveals that their respective treatments of the unprotectable concept(s) is dissimilar. In order to make this case, the Statement of Facts filed in a Motion to Dismiss the lawsuit must describe the intricate details of the works, comparing the two in detail.

At Colvin, Saenz, Rodriguez & Kennamer, L.L.P., we have been providing big name defendants with strategic litigation representation for more than 60 years, including defense against trademark and copyright infringement. Contact us today in Brownsville to find out more.