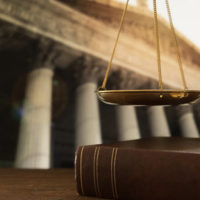 Getting hit with a large jury verdict in favor of the plaintiff who sued you is never easy. The sheer size of the verdict can appear daunting. Take, for example, a recent jury verdict against Johnson & Johnson, one of the largest companies in the United States. Johnson & Johnson was ordered to pay $417 million in damages to a plaintiff claiming she developed ovarian cancer after using Johnson & Johnson talcum powder-based products. The basis of this plaintiff’s claim, and thousands of other claims against the company, is that it allegedly failed to adequately warn consumers about the risk of developing cancer after consistently using talc-based products. The jury ordered Johnson & Johnson to pay $70 million in compensatory damages and $347 million in punitive damages. The case, litigated in front of a Los Angeles Superior Court jury, is the largest verdict rendered in talc-powder litigation, according to CNBC.com.

What To Do After a Plaintiff’s Verdict

The first thing is to not panic. Do not make any rash decisions like immediately turning around and declaring bankruptcy. Next, consult with your attorney about post-trial motions. You have the ability to request that the trial judge order a new trial or vacate the judgment as contrary to the law and evidence. Post-trial motions are important and need to be thoroughly examined because an appellate court is unable to re-weigh the evidence presented during the trial. However, the trial judge is authorized to do so, even after a verdict has been rendered. For example, trial court judges have the authority to increase or decrease the amount of the verdict based on the evidence.

If Post-Trial Motions Do Not Work, File an Appeal

In the U.S. civil justice system, a defendant has the right to appeal a verdict rendered by a jury. In fact, many jury verdicts are appealed and between 18 and 20 percent of verdicts are outright overturned on appeal, according to Law360.com. You should speak with your Brownsville defense lawyers to devise a sound, cogent strategy on appeal.

Examine the Record for Appealable Mistakes

If there was a mistake in the admission or denial of critical evidence, that is an appealable error.  Or, if the judge gives the jury incorrect instructions and the jury brings back a verdict based on those mistaken instructions, then you have a basis for filing an appeal. Instructions provided by the judge to the jury must be accurate interpretations of the law and are accepted by both the plaintiff(s) and defendant(s) in the case.

Challenge the Size of the Verdict as Shocking the Conscience

Another basis for appeal is challenging the verdict as being so outrageously large that it shocks the conscience. Johnson & Johnson probably have a strong argument to challenge the $417 million verdict as shocking the conscience, especially given that the bulk of the verdict was punitive damages.

Challenging the size of the verdict is important because some jurors can get emotionally invested in the case and carried away by awarding a massive sum of money to punish the defendant.

The Brownsville attorneys at Colvin, Chaney, Saenz & Rodriguez, L.L.P. are skilled litigators and negotiators. Our lawyers will provide a strong, effective defense in personal injury cases, insurance coverage disputes, and other matters.