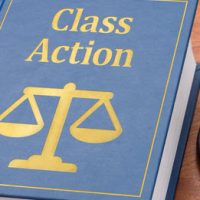 When someone says, “class action lawsuit” your mind may be triggered by thoughts of alleged bodily injuries or alleged adverse reactions to a prescription medication. This is because, historically, a class action lawsuit involved a plaintiff bringing a civil claim on behalf of other class participants who alleged sustained the same or similar injuries. There have been a myriad of legal decisions and legislation enacted to address class action lawsuit abuse. As the avenues for pursuing substantial sums of money through a class action suit have dwindled in recent years, there has been a rash of rather whacky class action claims filed in federal courts across the country.

For example, in Cure v. Intuitive Surgical Inc., No. 17-10978 (11th Cir. 2017), the class action was brought by a group of plaintiffs who did not actually suffer an injury, but are seeking compensation for future medical treatment. In this case, the plaintiff class alleged that, during a surgical procedure, instruments manufactured by Intuitive Surgical, Inc. shed small metallic particles that were later found in the brains of the plaintiffs. A class action was formed seeking “medical monitoring” compensation. Fortunately, this claim was quickly dismissed due to the lack of any actual harm. Also, even if it could be proven that the plaintiffs were entitled to some form of medical monitoring, such a recognition would invoke a series of individual factors that would make certifying this class very difficult.

In addition to “medical monitoring” class actions, there have also been a number of “economic loss” class action suits filed. A prime example can be found in Center City Periodontists v. Dentsply International, Inc., No. 2:10-cv-00774 (E.D. Pa. July 24, 2017).  In this case, the plaintiffs featured a class of dentists and periodontists who alleged that Cavitron ultrasonic scalers purchased by these dental professionals were defective. Specifically, the class alleged that the scalers were prone to growing “biofilm.” The class did not allege a specific injury or some right to receiving future benefits. Instead, it simply boils down to a case where a consumer purchased an allegedly defective good and they should be compensated accordingly. Fortunately, like the court in Cure, the court in Center City decided that the plaintiffs failed to meet the prerequisites stipulated in Federal Rule of Civil Procedure 23 for class certification.

Skepticism from the courts of non-injury class actions is understandable and was deemed appropriate by the U.S. Supreme Court in a landmark case, Spokeo v. Robins. In this case, the Supreme Court considered whether federal jurisdiction extends to a claim where a plaintiff has not alleged a concrete injury. The Court, by a 6-2 decision, that there must be evidence of the plaintiff suffering an injury-in-fact that is concrete and particularized to enjoy standing under Article III.

As you can see, plaintiff’s lawyers will try almost anything to get a class certified and into federal court. This is why you need experienced and aggressive representation from the Brownsville attorneys at Colvin, Saenz, Rodriguez & Kennamer, L.L.P. Our law firm works tirelessly to represent the interests of our clients. Contact our office to schedule a confidential meeting.