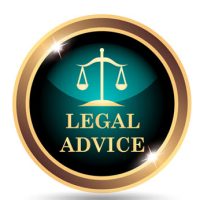 It is a products liability case that many are watching, as the outcome could very well affect hundreds of similar lawsuits around the country—A case brought against Monsanto’s Roundup weed killer by a man who claims that the product caused him to develop cancer. One jury already awarded another man close to $300 million after finding that the product caused his non-Hodgkin’s lymphoma. Below, we discuss the current case that began in late February, and what its results could mean for thousands of manufacturers of a variety of products around the country.

The Battle over Glyphosate

The case has to do with a chemical known as glyphosate. While a number of companies like Monsanto, as well as some government regulators (including the Environmental Protection Agency), deny that there is a link between the chemical herbicide and cancer, the World Health Organization has technically classified it as a “probable human carcinogen.”

The current case involves a judge who is overseeing hundreds of related lawsuits, and has already referred to these cases as “bellwether trials”; meaning that this is a test case that could determine whether other attorneys bring similar cases in court or, instead, settle the cases. If this jury also returns a strong verdict in favor of the plaintiff, this would arguably provide plaintiffs and their attorneys with strong bargaining powers in allegations against similar companies in similar circumstances. Thousands of other Roundup lawsuits in particular are pending in courts around the country.

Plaintiffs in the current case have already faced one minor setback, as a judge ruled in January to break up the trial into two phases—one to establish that the product caused the plaintiffs’ cancer— and the other to address the issue of punitive damages (only if plaintiff is successful during the first phase).

This Could Still Be Far-Reaching

The implications of this trial could indeed be far-reaching and go far beyond just concerns brought by Roundup weed killer consumers. A new report now claims that the weed killer chemical is also present in beer and wine as well. While these levels are far below those established as having the potential to cause harm, still, consumer watchdog groups are already discussing just how many products this could affect and what this means in terms of consumer safety, noting that glyphosate is so prevalent at this point that it can be hard to avoid, and have cumulative effects if it is present in a number of products.

By Colvin, Saenz, Rodriguez & Kennamer L.L.P. | Posted on March 8, 2019
« The “Last Straw” Before Divorce, And What Might Surprise You
U.S. Supreme Court to Hear Important Toxic Tort Case with Huge Potential Liability to U.S. Businesses »