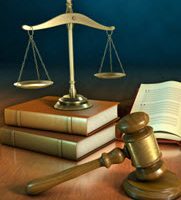 In late June 32, former DeVry students filed suit against the school in San Antonio federal court, alleging that the school and parent company (Adtalem Global) committed fraud and violated the Texas Deceptive Trade Practices Act by misrepresenting the benefits of the degrees it offers. Specifically, the complaint alleges that the defendants falsely advertised the employment and income rates of their graduates in order to lure students into enroll them, and hang onto them through graduation.

Reportedly, the allegations made in the Texas case are similar to those brought by the Federal Trade Commission in 2016, which claimed that DeVry and Adtalem violated federal laws by advertising that 90 percent of their graduates landed jobs in their fields within six months of graduation and made salaries that were 15 percent higher than those who graduated from other colleges.

What About the FTC’s Settlement?

Reportedly, the company settled with the federal agency for $100 million, but the settlement did not preclude individual students from bringing their own individual legal actions against the school and its parent company. Now the students are seeking economic damages–as well as damages for “mental anguish” and restitution–claiming that, overall, damages should be tripled under the Texas Deceptive Trade Practices Act.

What Does The Texas Deceptive Trade Practices Act Entail?

In order for businesses like DeVry and its parent company to defend itself, it is worth diving in a little deeper into DTPA. Perhaps most notably, there is no requirement that the plaintiff prove the defendant knew the representation was false or made recklessly; in other words, there is no requirement to prove intent. This is because Texas courts have held that the law imposes a duty to know whether these types of statements are true. All that a DTPA claim technically requires is that 1) the plaintiff was a consumer; 2) the defendant engaged in conduct prohibited by the act; and 3) this conduct was a cause of the consumer’s damages.

The Brownsville commercial litigation attorneys of Colvin, Saenz, Rodriguez & Kennamer, L.L.P. have more than 60 years of experience representing companies of all sizes in defense against violations of the Texas Deceptive Trade Practices Act. Contact us today to find out more.