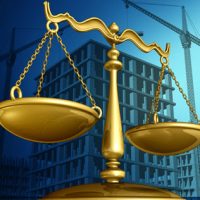 A decision made by the Texas Supreme Court in late May will have significant repercussions for construction litigation, well property development. specifically, the Court held that the condemnation of land owned by a private developer was legal because it was done for a proper public use; even if it did benefit one business over another.

In this case, the city entered into a contract with a company A to condemn a portion of company B’s private property in order to allow that company to extend its private drive and permit access to its business. Although the city’s special commissioners awarded company B monetary damages for the taking, the business still argued that the taking was not for the constitutional public us, violated state government code, and was done for arbitrary, capricious, fraudulent reasons; in bad faith.

The trial court and upper courts dismissed these claims, finding that the taking was exempt from previous US Supreme Court decisions to limit public taking for the benefit of private property. Specifically, the majority found that the taking was exempt because it fell under transportation and public road exemptions; even if the plaintiff argued that the taking was linked to an economic incentives deal that was made between company A and the city. Specifically, the Court also held that because the taking provided better traffic flow and access to all businesses in the area, that taking was for a public use; where a taking like this can only be found to be fraudulent and invalid if it only confirms a private benefit. Here, there was a public use benefit found.

Ramifications Of The Decision

Companies involved in property development and construction now have a number of concerns that government entities can simply declare something to be a transportation project and thus avoid the legal prohibition against engaging in a public taking for certain construction projects. In fact, the decision’s ramifications are significant–especially when the government is seeking to condemn property–as the Texas Supreme Court appears to be willing to take a differential approach to the government declaring the taking as both a public use in the city, even if there is a private party benefiting from the taking.

This exemption also appears to be exacerbated when the government is taking for a transportation project. In addition, it appears that any private landowners attempting to fight a taking like this are going to have to go to significant lengths to prove arbitrariness, bad faith, and/or fraud.

If you are facing a business dispute and/or takings claim in Texas, contact our experienced Brownsville construction litigation attorneys at Colvin, Saenz, Rodriguez & Kennamer, L.L.P. today to find out how we can help.