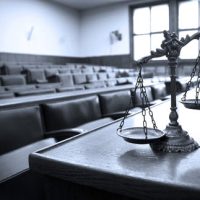 According to § 500 and § 908 of the Second (Restatement) of Torts, evidence of “recklessness” on the part of a product manufacturer that would enable a plaintiff’s attorney to pursue punitive damages above and beyond their claim for economic and non-economic damages is a  “high degree of risk” of bodily injury or death.

The relative degree of risk associated with a medical procedure, medical device, prescription drug, etc. is an area where an experienced defense lawyer can hone in to fight back against a claim for punitive damages.

As mentioned, § 500 of the Restatement (Second) of Torts works in conjunction with §908 to establish a “reckless indifference” standard for the award of punitive damages.  Specifically, the comments section of § 908 states that reckless indifference to the rights of others and conscious action in deliberate disregard of them may provide the necessary state of mind to justify punitive damages. When this is paired with § 500, you discover two types of reckless conduct. The first is where the defendant knew, or had reason to know of facts that created a high degree of risk of physical harm and deliberately proceeded to act, or failed to act, in conscious disregard of the risk. The second is where a defendant failed to realize or appreciate the high degree of risk involved, although a reasonable individual in their position would have realized the risk.

Punitive damages are often referred to as “punishment” damages. In Texas, they’re referred to as “exemplary” damages They are an additional financial award over the amount claimed in the Complaint for the plaintiff’s alleged economic and non-economic harms. Fortunately, the Texas legislature has put in a number of barriers to prevent plaintiff’s lawyers from abusing this area of tort law. Civil Practice and Remedies Code Section 41 governs the pursuit of punitive damages. Generally, a plaintiff can only seek punitive damages if they have clear and convincing evidence that the defendant committed an act of fraud or malice, or was grossly negligent. In addition, courts have made clear that a corporate entity is only liable for punitive damages if the corporation itself was grossly negligent or acted fraudulently or with malice.

In Texas, malice is defined as a specific intent by a defendant to cause substantial injury or harm to the claimant. See Tex.Civ.Prac. & Rem.Code Ann. § 41.001(7). Specific intent means that the defendant desired to cause the consequences of their action, or that they believed the consequences were substantially certain to result from it. See Vernon v. Perrien, 390 S.W.3d 47 (Tex. App. 2012). Malice can be shown by either direct or circumstantial evidence.

The Brownsville law firm of Colvin, Saenz, Rodriguez & Kennamer, L.L.P. offers effective and skilled representation in court to defend against an array of personal injury and product liability claims. Contact our office to discuss your legal matter and legal strategy going forward.