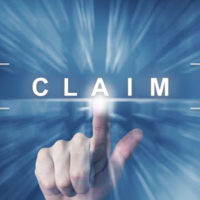 In 2008, the U.S. Supreme Court entered a landmark decision in the field of product liability law. The case, Riegel v. Medtronic, Inc., 552 U.S. 312 (2008), established that product liability lawsuits filed under state law are preempted by the federal Medical Device Amendments of 1976 (MDA). The MDA created a “premarket approval” process for medical devices. This process is extensively regulated by the Food & Drug Administration (FDA) and medical device manufacturers argued that federal law should preempt state laws that often impose varied and inconsistent level of liability exposure, according to Law360.com.

The Supreme Court concluded that alleged liability under state law was preempted by the MDA if state law imposed restrictions that are “different from, or in addition to” federal requirements. The plaintiff’s state law claims in Riegel were dismissed.

This decision was a major victory for medical device manufacturers since it stabilized and narrowed the field of law that they had to operate under and could now effectively assess liability risk going forward.

Plaintiff’s counsel attempted to argue that a genuine dispute of material fact existed as to whether the inflatable prosthesis was in fact approved by the FDA. Plaintiff alleged that the FDA approval letter submitted by defense counsel (which was printed on FDA letterhead) could have been a mistake or the letter was falsified. Plaintiff’s counsel provided no evidence to support these allegations. As a result, the letter was sufficient for the court to grant a motion for summary judgment and dismiss the plaintiff’s manufacturing and design defect claims.

Texas is in the Fifth Circuit Court of Appeals so the Rodriguez decision is a step in the right direction in medical device liability jurisprudence.

If you work for a medical device company, you are likely faced with a myriad of litigation by plaintiff’s lawyers. The law firm of Colvin, Chaney, Saenz & Rodriguez, L.L.P. is here to help. Our team of skilled Brownsville product liability defense attorneys provide top-notch representation for product manufacturers facing any type of liability claim. We will work tirelessly to defend you and your company in court.