A recent jury verdict against Johnson & Johnson made national headlines. The jury awarded a woman who alleged she developed ovarian cancer after using Johnson & Johnson talcum powder products for decades. The verdict was a staggering $417 million in damages ($70 million for compensatory damages and $347 million in punitive damages), according to… Read More » 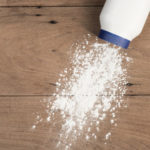 Time and again, plaintiff’s attorneys do all they can to try and get a lawsuit filed against a corporate defendant in a “plaintiff-friendly jurisdiction” in the hopes of securing a favorable judgment. This practice is known as forum shopping. The connections between plaintiffs and the forum in which a lawsuit is filed is oftentimes… Read More »