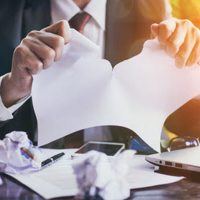 A federal court in Texas recently produced a split decision in a software development agreement case concerning breach of contract and Texas Deceptive Trade Practices Act claims, and the decision highlights just how important it is to work with experienced attorneys when it comes to drafting business agreements and dealing with any related disputes; whether those agreements involve consulting, licensing, services, or something else. While deadlines and costs will sometimes change along the course of a given project, a lack of progress concerning an agreement cannot be justified by making fraudulent statements, nor can a breach of contract be excused simply because one party encounters unforeseen hurdles.

In the case, the plaintiff (Polar Pro), who creates and sells software, contracted with the defendant (Frogslayer), a software developer, to jointly work on a video editing program. The parties executed a software consulting agreement, however, after some time had passed, the defendant informed the plaintiff that the product that they developed was not working; in spite of the costs paid to date; because a number of surprises had come up. Plaintiff then agreed to pay an additional fee—which surpassed what was called for in the contract—to complete the project.

Defendant then proceeded to cease work on the project allegedly due to plaintiff’s failure to pay these supplemental costs, and demanded additional fees beyond these supplemental costs to finish the project. Plaintiff responded that defendant not only agreed to absorb the costs of the continued development of the project, but that the demo provided of the product defendant did create failed to meet the basic requirements of the contract and had no commercial value. As a result, plaintiff Polar Pro sued defendant Frogslayer for breach of contract, breach of the Texas State Deceptive Trade Practices, and fraud.

The court also disagreed with defendant’s claim that the plaintiff changed the agreement’s scope by requesting benchmarks from the defendant concerning the project and found that the plaintiff satisfied the basic requirements of pleading “with particularity, the circumstances constituting fraud or mistake” regarding defendant’s claims that surprises that came up that prevented the defendant from completing the project. However, the court did dismiss a separate fraud claim brought by plaintiff in finding that it failed to specify who exactly made the alleged statements and how they were made in its pleadings.

In any business dispute, the contract is not only key, but the parties’ behavior in fulfilling that contract is very important. The more detailed a contract is in specifying the rights and responsibilities of each party, the easier it will be to ensure that your business has a favorable result.

Our Brownsville breach of contract attorneys have represented a number of clients in contract dispute cases. Contact us today at Colvin, Saenz, Rodriguez & Kennamer, L.L.P. to find out more about our services.

By Colvin, Saenz, Rodriguez & Kennamer L.L.P. | Posted on December 6, 2019
« Deciding What to Do with The Marital Home During Divorce
The Public Nuisance Doctrine Is Costing Businesses Millions »