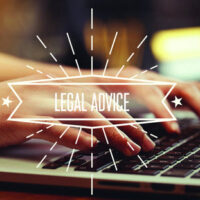 Texas is known around the world for being an energy-producing powerhouse, and many of its most notable corporations are engaged in the energy industry. These companies provide American citizens with some of the most valuable resources necessary for life and luxury. However, environmental groups continue to voice concerns that many of these companies are polluting the planet and causing harm to the environment. These companies should be aware of the risks of pollution-related lawsuits, especially as the EPA itself is now under threat from various lawsuits.

If your company is facing a lawsuit due to a toxic spill or pollution allegations, it’s best to seek help from a corporate defense attorney as soon as possible. These legal professionals can help you avoid unnecessary penalties, and they can show that you were following all the necessary environmental regulations as you conducted business. Many environmental activists will only rest when they bankrupt valuable, productive businesses in West Texas. With the help of a corporate defense lawyer, you can fight back.

The EPA is Facing Lawsuits

In January of 2021, it was announced that the EPA was facing several lawsuits from four environmental groups. These groups allege that the EPA failed to force federal environmental laws while energy corporations in the state polluted the air. Lawsuits were filed by the Environmental Integrity Project, the Sierra Club, Environment Texas, and the Port Arthur Community Action Network.

Eight fossil fuel sites were targeted, and the environmental groups claim that the corporations in charge of these plants were falling short of national standards. The facilities include coal-fired power plants, oil and gas refineries, and processing plants. This is part of an ongoing effort by the new Biden administration, which has pledged to focus more on alternative energy sources rather than traditional sources that Texans have been using and exporting for years.

This is hardly the first time Texas has come under fire in terms of its alleged pollution, and it has been accused of lackluster environmental laws many times in the past.

What Does This Mean for Texas Energy Corporations?

If the EPA changes its environmental standards in the face of mounting pressure from environmental groups or even the federal government, this could have a massive effect on energy companies throughout Texas. Suddenly, pollution levels that were acceptable in the past may no longer be legal. This could open corporations up to new lawsuits and other consequences. These corporations might want to explore options for liability insurance, which may be able to provide some protection against pollution lawsuits. Of course, the best option is to enlist the help of a qualified, experienced corporate defense attorney.

If you’re serious about fighting back against environmental activism, you need help from a legal team that is willing to protect your integrity in court. Reach out to the Brownsville toxic tort defense attorneys at Colvin, Saenz, Rodriguez & Kennamer, L.L.P., and we’ll make sure you’re not being dragged down by pointless regulations and bureaucracy. American citizens need energy corporations to provide them with power. With the right legal team, you can continue to provide a valuable service to Americans.