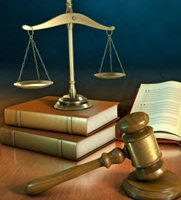 In late November, the US Department of Justice (DOJ) updated its policy known as the “Yates Memo,” which addresses the investigation and prosecution of those involved in corporate wrongdoing. There is no question that the new policy will have a significant effect on corporate liability and executive accountability.

DOJ Deputy Attorney General Rosenstein announced that, under the policy, pursuing those in the corporate world who are responsible for wrongdoing will be a “priority in every corporate investigation.” Specifically, he indicated that “most corporate settlements would no longer shield [these] individuals from liability.” Still, a number of experts have noted that this is a positive move for the business community, as we explain below.

The Yates memo was originally issued in 2015-2016, and required companies to both develop evidence against employees and turn them over to the DOJ as well. Many would say that it took an “all-or-nothing” approach, exacerbating prosecution conflicts between a company and its employees.

Some experts indicated that the new policy actually doesn’t institute much by way of new, concrete changes, but rather simply emphasizes that pursuing individual accountability for corporate wrongdoing was already a priority. According to Rosenstein, the changes reflect a need to move these investigations along more quickly, even if that means that companies do not necessarily collect information about individuals whose involvement in corporate wrongdoing was insubstantial. The new memo also appears to relax fine amounts, indicating that an individual’s ability to pay should be considered when coming up with financial penalties, and very clearly encourages companies to prioritize disclosing senior wrongdoers only.

Is This Better For Companies?

Many have noted that these changes should be “welcomed by the business community” as an improvement over the previous policy precisely because not every single individual involved in misconduct is expected to be reported. The prior approach—referred to as “all or nothing”—essentially withheld cooperation credit and mandated that every potentially culpable individual be identified before any settlement could be finalized. The previous policy arguably gave the government a significant amount of leverage to demand that companies bend to prosecutor’s views of culpability, and err on the side of over-inclusion in identifying employees.

Ultimately, as Rosenstein acknowledges, the new policy is, in large part, an attempt to conserve resources for the Department, and not only applies to criminal cases, but civil cases involving companies as well. Many have noted that it will better allow companies to reach a resolution with the government and assist with investigations even where there is disagreement as to individual misconduct.