Bad Product Experience Does Not Equate to Liability 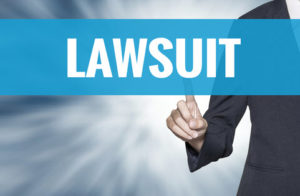 Many major product liability claims involve a plaintiff, or plaintiffs, who allegedly suffered serious physical harm; the type of harm that may even engender sympathy from a judge and/or jury. It is understandable that a plaintiff who was seriously hurt would seek a remedy through the civil court system. That is a key reason we afford citizens the ability to file a civil lawsuit – to seek redress through a claim of monetary damages in a court of law. Nevertheless, simply enduring a bad experience with a product or drug does not automatically generate a product liability claim against the manufacturer or seller of that product.

Many prescription drugs and products contain inherent risks. For example, if you are prescribed a medication, there is generally a warning on the label explaining the possible side effects of the drug. This warning is intended to inform you that there may be adverse reactions from the drug (i.e. you could sustain a harm from the drug). If you suffer a known side effect from the drug, it does not mean you can turn around and sue the drug manufacturer. This is why the law requires more than a harm to assess civil liability on a manufacturer. The alleged harm must be proximately caused by a defect while you were using the product for its intended use. If there is no evidence of a defect (or evidence that the plaintiff was not using the product for its intended use), then an experienced product liability defense lawyer should file a motion to dismiss the claim and the court should grant that motion promptly.

In Duarte v. Kia Motors Corporation, Case No. 08-CA-026481, an automotive products liability claim was filed by a mother whose child died in a tragic car wreck in 2008. The facts of the incident are heartbreaking. The wreck occurred on Mother’s Day in 2008 when the mother lost control of her Kia vehicle causing it to veer off the highway and overturn. Her two children (both under the age of 10) were in the backseat. First responders discovered one of the children pinned between the interior vehicle roof and the top of the rear seat. The child died.

As you can see, this is a gut-wrenching set of facts that would likely engender sympathy from a jury, and even defense attorneys. Nevertheless, the defense lawyers representing the company must review the facts dispassionately and ensure the jury understands that the facts must be examined within the confines of the law.

The plaintiff’s claim alleged that the vehicle was not crashworthy, asserting that the roof was defectively designed. She sought nearly $15 million in monetary damages.

Kia, the vehicle manufacturer, denied the allegations and proffered developmental testing demonstrating that the vehicle’s roof had nearly double the strength required by federal safety standards. Kia also offered the testimony of an accident reconstruction expert who stated that the extent of roof damage was not caused by a defect in design or manufacturing but rather resulted from the high velocity of the vehicle at the start the accident and the subsequent impact.

The product liability defense lawyers also presented evidence showing that the child who tragically passed away in the accident was not wearing a seatbelt which allowed him to be thrown from inside the vehicle.

Fortunately, the jury reviewed the facts objectively and returned a verdict for the defense.

Reviewing and evaluating product liability claims can be uncomfortable and difficult for some defense attorneys. The fact patterns can, at least on the surface, look awful. This is why you need a defense team that will immediately investigate the incident and ensure all relevant facts are brought to light so an objective assessment can be made by a judge or jury. To schedule a consultation regarding your litigation needs, contact Colvin, Saenz, Rodriguez & Kennamer, L.L.P. in South Texas by phone or email today.