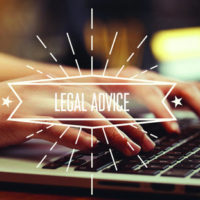 Although court decisions made in states outside of Texas do not dictate what Texas courts must do, they can, in some circumstances, influence decisions in our home state. To that effect, there is an important recent decision relevant to toxic tort defense out of the California Supreme Court this month (July 2018) that all manufacturers should be aware of, as we discuss in detail below.

The Case & “Tolling” Under a Statute Of Limitations

The case involved a child allegedly born with multiple birth defects, including cervical vertebrae fusion, chromosomal deletion, diverticulum of the bladder, dysplastic nails, facial asymmetry, and a misshapen kidney. She alleged that she was exposed to toxic chemicals in utero through her mother, who worked at a Sony manufacturing plant, and as a result, sustained these birth defects.

However, an important initial question had to be answered before the merits of the case (i.e. did Sony actually cause these birth defects) were decided: Should the action fall under the statute of limitations for birth and prenatal injuries, or injuries related to toxic exposure? The answer to this question would determine whether the action could proceed at all, as the statute of limitations for bringing an action under birth and prenatal injuries had long since passed, but the toxic exposure statute of limitations allowed for what’s known as “tolling,” whereby the window within which a plaintiff can bring an action can be extended while that plaintiff is a minor and/or during periods of mental incapacity.

While both the trial court and Court of Appeals dismissed the case, finding that it was time-barred, the Supreme Court reversed, finding that the action fell under both statutes, and thus, later enactments superseded earlier ones, and the toxic exposure statute of limitations (which had not yet run out) applied because it was more recently written into law.

What Would Have Happened In Texas?

While we cannot determine exactly how Texas courts would have decided something like this, we can look at how the applicable statute of limitations laws in Texas might have affected the decision. While Texas has a two-year statute of limitations on personal injury or wrongful death claims (i.e. the action must be brought within two years of the incident), the state does allow for some tolling for minors (i.e. if the victim was under 18, the action can be pushed back to two years after their 18th birthday). Note that Texas also has a 10-year statute of repose when it comes to medical malpractice, which is often what is alleged to have caused birth injuries. Therefore, while a statute of limitations typically begins to run on a minor’s 18th birthday, this is not the case for medical malpractice cases, which must be filed by the minor’s 14th birthday.

Toxic tort cases are extremely complex, not only at the trial level, but even involving pre-trial questions, such as which statute applies to a case and whether there is an applicable statute of limitations.

If your company is facing a toxic tort action, speak with one of our experienced Brownsville toxic tort defense attorneys at Colvin, Saenz, Rodriguez & Kennamer, L.L.P. to find out how we can help.