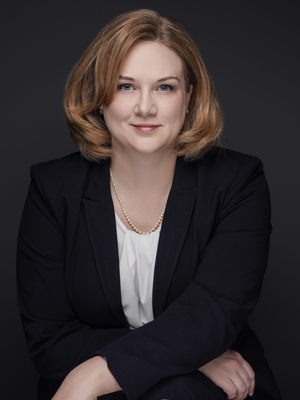 Elizabeth Ferguson Herrera has been a civil litigation attorney since beginning her career in 2008 as Deputy Attorney General for the Administrative & Regulatory Litigation Division of the Indiana Attorney General’s Office.  After moving to Texas with her family, Beth Herrera continued practicing as a civil litigation attorney and in 2018 was Board Certified in Personal Injury Trial Law by the Texas Board of Legal Specialization.  In addition to her practice as an attorney, Beth also enjoys travel and spending time with family.  She lives with her husband, their son, and the family dog (George Washington aka “Georgie”) in McAllen, Texas.